Goose house posted a live acoustic performance of their latest song, Hikaru Nara, to their YouTube channel. It’s pretty awesome. Well, Goose house’s performances generally are, but it still amazes me how polished they can be live. The arrangement is fantastic, and the harmonies are gorgeous. 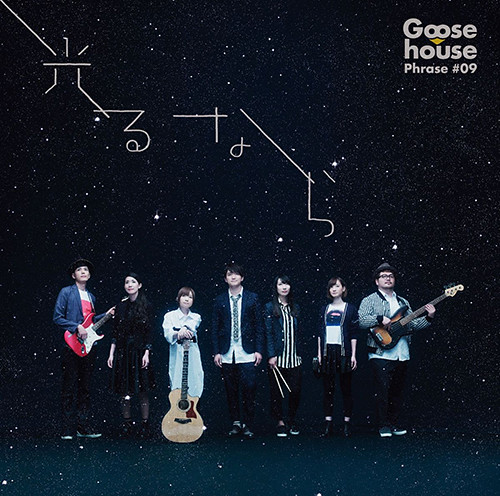 If you’re not familiar with Goose house, please change that. Pretty please, you won’t regret it.  I’ve talked about them at some length over here.

To summarise, they’re a co-ed group of musicians who are known for their excellent covers of Japanese songs (including anisongs), which they first perform on their monthly livestream shows and later post to their YouTube channel, which has over one million subscribers (do check it out!). They’ve also released four albums and several singles of original work. Goose house is overflowing with musical talent, and I think they deserve more popularity then they’re getting. Also, that blend of male and female voices is really pretty; it’s quite unusual these days, and I wanna hear more of it.

Hikaru Nara is the ending theme for this season’s Shigatsu wa Kimi no Uso anime. It’s Goose house’s second anime tie-in; they previously performed the second ED for Silver Spoon, Oto no Naru Hou E→. Hikaru Nara is a lovely song, and they’ve kindly performed it in its entirety in the video above so you can decide if you like it or not. If you do, go on and preorder the single, which will be released on 19 November.